It’s been a busy month, and a there’s a bunch of stuff to catch up on, so links:

David Roberts, “The Awful Truth about Climate Change No One Wants to Admit.”

Sarah Resnick, “A Note on the Long Tomorrow.”

“10,000 Strong Peacefully Protest in Downtown Baltimore, Media Only Report the Violence and Arrests of Dozens.”

Alexis C. Madrigal, “These Are the Most Striking Pictures of the Freddie Gray Protests in Baltimore.”

Radical Faggot, “In Support of Baltimore: or; Why Smashing Police Cars Is a Logical Political Strategy.”

Pablo Iglesias, “The Left Can Win.”

Elias Isquith, “The Vindication of Edward Snowden: How a New Court Decision Cements the Whistle-Blower’s Legacy.”

Joe Fassler, “Writing Should Be a Continued Exploration,” an interview with Mark Z. Danielewski about, among other things, his twenty-seven volume novel, The Familiar (2015-    ).

Veronica Fitzpatrick, “Meditations in an Emergency: The Final Episodes of Mad Men.”

Sean Nelson, “Mad Max: Fury Road Is the Greatest Film of Its Kind Ever Made.”

Armond White, “All Sound and Fury Road, Signifying Nothing.” (Perhaps the only negative review of Mad Max: Fury Road, and is it any surprise it’s coming from the conservative National Review?)

Sadie Doyle, “Age of Robots: How Marvel Is Killing the Popcorn Movie.”

“Pulitzer Prize Winning Poet Is a Columbia Student and Teacher.”

Slavoj Žižek on West Side Story.

Lee Konstantinou, “A Theory of Here.”

And I directed an incredible independent study this spring: Sarah Lane‘s Chick Fight: The Battle Against Oppression and Inequality (2015), a feminist board game. Check it out. Support it. Buy it here. Play it. It’s amazing. 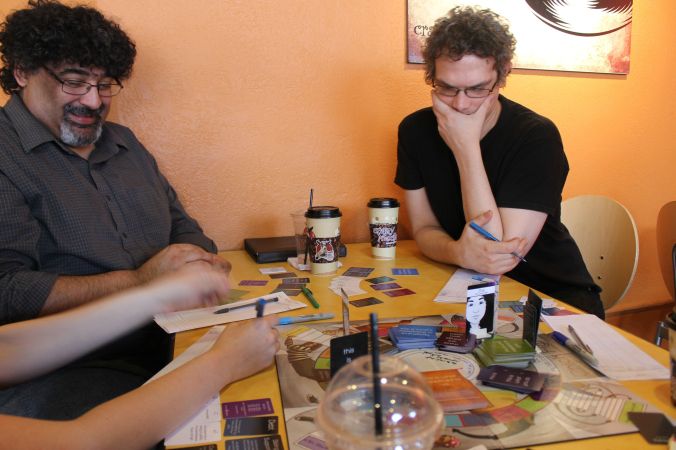 Todd Gitlin, “You Are Here to Be Disturbed: A Plague of Hypersensitivity“: “The unwritten contract of university education: I am here to be disturbed.”

Matt Stromberg, “Entire First-Year MFA Class Drops Out in Protest at the University of Southern California.”

Mark Bauerlein, “What’s the Point of a Professor?”

Scott Eric Kaufman, “‘Academia Is the Titanic’: Mark Bauerlein on Teaching in the Morally-bankrupt Grind of the New American University.”

The Tattooed Professor, “I Will Not Be Lectured To. I’m Too Busy Teaching.”

2015-2016 has been declared the “Year of the Humanities” at the University of Pittsburgh.

David Wescott, “Survival of the Fittest in the English Department.”

Chris Baker and Jacob Hansen, The Elements of F*cking Style: A Helpful Parody.

Nicole Davis, “Could the Next Brooklyn Be Pittsburgh?”