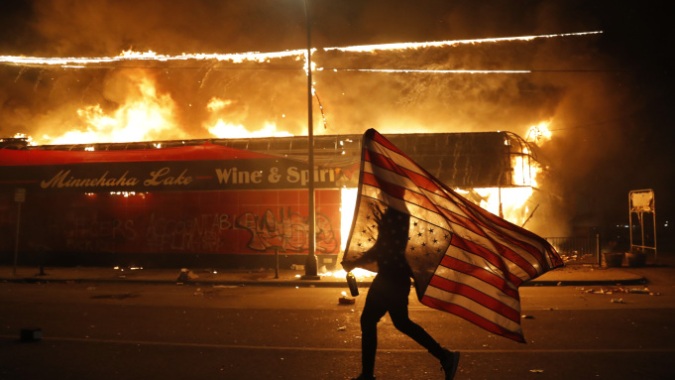 Ibram X. Kendi, “Who Gets to Be Afraid in America?” and “American Nightmare.”

Democracy Now, “Uprising and Abolition: Angela Davis on Movement Building, ‘Defund the Police,’ and Where We Go from Here.”

Keeanga-Yamahtta Taylor, “Of Course There Are Protests. The State Is Failing Black People.”

Roxane Gay, “Remember, No One Is Coming to Save Us.”

Jeet Heer, “The Fire This Time.”

Melvin Rogers, “We Should Be Afraid, But Not of Protesters.”

Jamelle Bouie, “The Police Are Rioting. We Need to Talk About It.”

Greg Afinogenov, “Everything Could Be Free.”

Jamilah King, “The Summer of 2020 Is Going to Be Long, Violent, and Necessary.”

Mara Gay, photographs by Jordan Gale, “The Nation’s Largest Police Force Is Treating Us as an Enemy.”

T. C. Sottek, “Caught on Camera, Police Explode in Rage and Violence across the US.”

Mark Helenowski, “Inside the Mayhem and Police Violence at Last Night’s Brooklyn Protest.”

Alex S. Vitale, “Policing Won’t Solve Our Problems” and “The Answer to Police Violence Is Not ‘Reform’. It’s Defunding. Here’s Why.”

Kareem Abdul-Jabbar, “Don’t Understand the Protests? What You’re Seeing Is People Pushed to the Edge.” 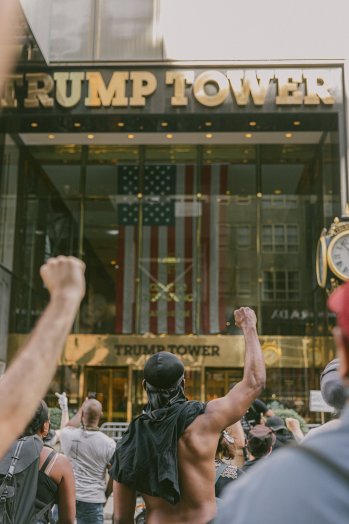 Editors of The Intelligencer, “Scenes from the Brooklyn Protest of the Death of George Floyd.”

Robert Greene II, “We Are Living in a Red Spring.”

Lili Loofbourow, “How the Pandemic May Have Readied Us for This Protest.”

Arthur Rizer and Joseph Hartman, “How the War on Terror Has Militarized the Police.”

Sarah Jaffe, “The Militarization of Everything.”

Dhruv Khullar, “How the Protests Have Changed the Pandemic.”

i built a tool for quickly scrubbing metadata from images and selectively blurring faces and identifiable features. it runs on a phone or computer, and doesn't send info anywhere.

process your images so that you and others are safe:https://t.co/GbQu5ZweDq pic.twitter.com/jKjABTgPRX

Andrew McCormick, “Military Leaders Have an Extraordinary Choice to Make as the Nation Protests.”

Jason Leopold and Anthony Cormier, “The DEA Has Been Given Permission to Investigate People Protesting George Floyd’s Death.”

Jonathan Stevenson, “Trump Was Wrong to Deploy Troops. Will the Military Push Back?”

Leah Donnella, “How Much Do We Need The Police?”

Margo D. Simon, “We Are Protesting during a Pandemic: Local Authorities Should Act Like It.”

*might be masquerading as a racist monument I dunno

Elie Mystal, “The Bravery of Marching for Black Lives in the Middle of a Pandemic.”

Ben Smith, “Inside the Revolts Erupting in America’s Big Newsrooms.”

Vincent Bevins, “The ‘Liberal World Order’ Was Built With Blood.”

Jael Goldfine and Taylor Champlin, “How to Support Protesters in Every City.” 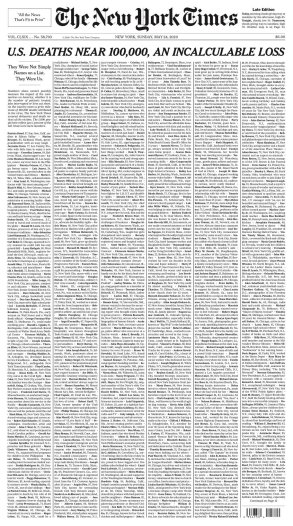 Marilynne Robinson, “What Kind of Country Do We Want?”

Levi Bryant, “A World Is Ending.”

Nitzan Lebovic, “Biopolitical Times: The Plague and the Plea.”

Nick Martin, “Against Productivity in a Pandemic.” 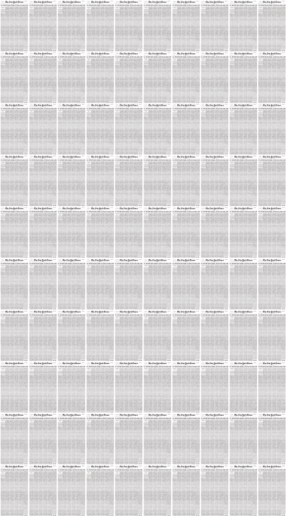 Helen Rosner, “The Case for Letting the Restaurant Industry Die.”

COVID Tracking Project, “Why the Virus Is Spreading So Unevenly.”

Emily Flake, “I Was In Charge of the Deck Chairs on the Titanic, and They Absolutely Did Need Rearranging.”

And The Onion, “City Enters Phase 4 Of Pretending Coronavirus Over.”

Miles Klee, “America Is Officially in ‘Fuck It’ Mode.”

Kim Stanley Robinson, “The Climate Case for a Jobs Guarantee.”

“Russia Will Open Nuclear Disarmament Talks with US.”

Jillian Ambrose, “The End of Plastic? New Plant-Based Bottles Will Degrade in a Year.”

Inside the Castle: Access all their ebooks for a $15 donation, 100% $$$ to support Black Lives Matter activists.

Ed Simon, ed., excerpt from The Anthology of Babel.

Andy Rudd, “Underwater ‘Ghost Village’ Frozen in Time Set to Resurface and You Can Visit.”

Frank Pasquale, “Tales from the Crypto.”

Patricia Cohen, “Many Jobs May Vanish Forever as Layoffs Mount.”

John Haltiwanger, “Trump’s Tear Gas Photo-op Was ‘Frightening’ to Authoritarianism Experts, Who Warn That His Behavior Will Only Get Worse without ‘Fierce Opposition.'”

Robert Reich, “Fire, Pestilence and a Country at War with Itself: The Trump Presidency Is Over.”

Susan B. Glasser, “The Trials of a Never Trump Republican.”

Jordan Moreau, “Trump Rally Forces People to Sign a Waiver to Not Sue if They Contract Coronavirus.”

Jennifer Wilson, “Gimmicks Might Be the Key to Understanding Capitalism.”

Robert Minto, “Unpacking Wharton’s Library,” review of What a Library Means to a Woman: Edith Wharton and the Will to Collect Books, by Sheila Liming.

Joseph Slaughter, “Who Owns the Means of Expression?,” review of UNESCO and the Fate of the Literary, by Sarah Brouillette.

Natalie Melas, “Out of Date: David Harvey’s The Condition of Postmodernity and the Postmodern Condition.”

Meghan O’Keefe, “HBO’s Watchmen Was ahead of Its Time—by 9 Months.”

Hazel Smith, “Pitching the Poem-essay: Subversive Argument in the Work of Charles Bernstein.”

And Dorian Lynskey, “‘Things Fall Apart’: The Apocalyptic Appeal of W. B. Yeats’s ‘The Second Coming.'”

Claudia Rankine wrote a poem for the cover of The New York Times Book Review. pic.twitter.com/ru9huQOweT

Dispatches from the Poetry Wars

Phil Salvador, “When SimCity Got Serious: The Story of Maxis Business Simulations and SimRefinery.”

Megan Zahneis, “Faculty Want a Say in Whether They Teach Face to Face. The Conversation Is Not Going Well.”

Ryan Boyd, “Zoom and Gloom: Universities in the Age of COVID-19.”

Rebecca Kolins Givan, “Will the University That Survives Have Been Worth Saving?”

Honor Brabazon, “The Academy’s Neoliberal Response to COVID-19: Why Faculty Should Be Wary and How We Can Push Back.”

Harley Litzelman, “We Cannot Return to Campus This Fall.”

Audrey Williams June, “In Their Own Words: Here’s What Professors, Chairs, and Deans Learned from Remote Courses This Spring.”

Chronicle Staff, “As Covid-19 Pummels Budgets, Colleges Are Resorting to Layoffs and Furloughs. Here’s the Latest.”

“Report of the MLA Task Force on Ethical Conduct in Graduate Education.”

Laurence Steinberg, “Expecting Students to Play It Safe if Colleges Reopen Is a Fantasy.”

And Tiffany C. Li, “A Note from Your University about Its Plans for Next Semester.”

Adrienne Matei, “The Only Child: How Is Quarantine Affecting Kids without Siblings?”

Emily Oster, “Opening Schools Might Be Safer than You Think.”

What a day. After nearly 5 hours of waiting on the West End Overlook, I finally got the view I was hoping for. An absolutely incredible double rainbow filled the sky over #Pittsburgh, towering high into the colorful sky. One of the most amazing sunsets I've ever seen in this city pic.twitter.com/WweDijA4bX

Andy Pease, “From Carnegie Hall to 4’33”: Reflections on a Semester Gone Sideways.”