Peter Baker, “A Mob and the Breach of Democracy: The Violent End of the Trump Era.”

The Editorial Board of the New York Times, “Trump Is to Blame for Capitol Attack.” 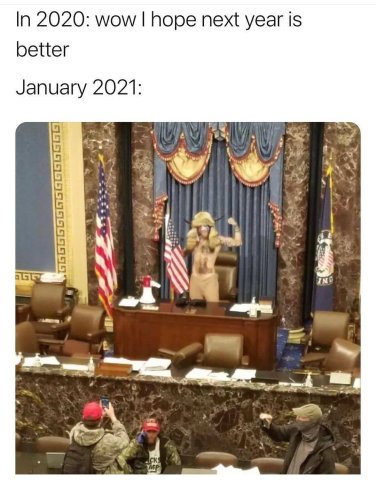 Zeynep Tufekci, “This Isn’t Just Political Theater” and “Most House Republicans Did What the Rioters Wanted.”

Ben Sixsmith, “The Carnival in the Capitol.”

Jack Holmes, “If There Are No Consequences, This Is the Beginning of the End for the American Republic.”

Brendan O’Connor, “A Preview of What’s to Come.”

Luke Savage, “Republican Elites Are Responsible for Today’s Storming of the Capitol.”

Rosalind Adams, “DC Lawmakers Were Briefed That Trump Might Go to Extremes.”

Shane Burley, “Deaths at the Capitol, a Pro-Trump, Far-Right Mob — and Months of Red Flags.”

In conversations w/residents about this week's impeachment vote, some are unclear on what transpired before & during that involved President Trump.

Here are the indisputable and publicly available facts ⬇️

Alexander Sammon, “The New Progressive Left Shows How to Deal with Sedition.”

Anne Applebaum, “What Trump and His Mob Taught the World about America.”

Jenny Gross and Luke Broadwater, “Here Are the Republicans Who Objected to Certifying the Election Results.”

Emmanuel Felton, “Black Police Officers Describe the Racist Attacks They Faced as They Protected the Capitol.”

Graeme Wood, “The Sun Is Up. Impeach and Convict.”

Noah Berlatsky, “This Is the Quickest Way to Impeach Trump (Again) and Remove Him from Power.”

Michael S. Schmidt and Maggie Haberman, “Trump Is Said to Have Discussed Pardoning Himself.”

Amy Gardner, “‘I Just Want to Find 11,780 Votes’: In Extraordinary Hour-Long Call, Trump Pressures Georgia Secretary of State to Recalculate the Vote in His Favor.”

Jonathan Martin, “In Capital, a GOP Crisis. At the RNC Meeting, a Trump Celebration.”

Democracy Now!, “Trump Claims to Oppose Violence, One Week after Telling Insurrectionists ‘We Love You.'”

Paul Rosenzweig, “Trump’s Pardon of Manafort Is the Realization of the Founders’ Fears.”

“The Guardian‘s View on Trump’s Executions: Vicious to the End.”

Michael D. Shear, Maggie Haberman, Noah Weiland, Sharon LaFraniere, and Mark Mazzetti, “Trump’s Focus as the Pandemic Raged: What Would It Mean for Him?”

Abhik Pramanik, “If War Correspondents Reported on the MAGA Riots in the Same Way They Reported on Coup Attempts in Other Countries.”

Today, after a yearlong process that produced hundreds of submissions and research involving space professionals and members of the general public, we can finally share with you the name by which we will be known: Guardians. pic.twitter.com/Tmlff4LKW6

Critical Inquiry, “Posts from the Pandemic.”

Zeynep Tufekci, “Hang On for Three More Months” and “The Mutated Virus Is a Ticking Time Bomb.”

Zeynep Tufekci and Michael Mina, “Can We Do Twice as Many Vaccinations as We Thought?”

Jon D. Lee, “The Utter Familiarity of Even the Strangest Vaccine Conspiracy Theories.”

Noah Weiland, “‘Like a Hand Grasping’: Trump Appointees Describe the Crushing of the CDC.”

Carl Zimmer and Benedict Carey, “The UK Coronavirus Variant: What We Know.”

Claire Cain Miller, Margot Sanger-Katz, and Katherine J. Wu, “What You Can Do Post-Vaccine, and When.”

Joanne Silberner, “Why You Should Still Wear a Mask and Avoid Crowds after Getting the COVID-19 Vaccine.”

James Hamblin, “The Mysterious Link between COVID-19 and Sleep.”

And Spencer Alexander McDaniel, “Dr. Fauci Has a Classics Degree!”

Brad Plumer, “COVID-19 Took a Bite from US Greenhouse Gas Emissions in 2020.”

Emily Segal, “The ‘Great Conjunction’ Kicks Off a New Astrological Epoch. So What Now?”

David Golumbia, “Trump’s Twitter Ban Is a Step toward Ending the Hijacking of the First Amendment.”

Matthew Gault, “Every Video Ever Posted to Parler Is Now Available to Download.”

Frank Pasquale, “The Bounds of Political Discourse: Why the Trump Bans Make Sense.”

Elizabeth A. Harris and Nicole Perlroth, “Why on Earth Is Someone Stealing Unpublished Book Manuscripts?”

Now, even the wild horses (of "Ben Hur" 1925) cannot stop these works from entering the #PublicDomain.

Patrick Jagoda, “Games of the Year.”

Adam Kotsko, “American Politics in the Era of Zombie Neoliberalism.”

Publisher’s Weekly, review of Love’s Shadow, by Paul A. Bové.

Stuart Walton, “What We Call Progress,” review of The Benjamin Files, by Fredric Jameson.

Lindsay Waters, “Those Were the Days of the MLA, My Friends.”

Gillian White, “A Month in the Life,” on Bernadette Mayer’s Memory.

Carmel Dagan, “Michael Apted, Director of Coal Miner’s Daughter and Up Series of Documentaries, Dies at 79.”

Marion Renault, “An Elixir from the French Alps, Frozen in Time.”

Suryasarathi Bhattacharya, “Usha Iyer on Her Book Dancing Women, a Deep Dive into the Material and Cultural Production of Dance in Hindi Cinema.”

Mike Isaac and Kellen Browning, “Cyberpunk 2077 Was Supposed to Be the Biggest Video Game of the Year. What Happened?”

Study is inherently worthwhile, and people in a democratic society should have the right to study things they are interested in because they are human beings and human beings enjoy knowing and thinking. There doesn't have to be an extrinsic political or economic reason.

Brian Rosenberg, “Higher Education in a Time of Insurrection.”

Patricia McGuire, “Colleges Share the Blame for Assault on Democracy.”

Megan Zahneis, “His University Celebrated His Success. Then It Fired Him.”

Tom Bartlett, “Joseph Epstein Is Not a Fan of the Modern University.”

I'm in denial that it's happening, but at least I get to start off the semester with the Teaching Archive as the first slide of my literary criticism and theory course: pic.twitter.com/gYmUipRdAS