It’s been a fun, eventful, interesting, and, of course, busy first semester at Hartwick College. Everything else, however, is quite dark. Some links. 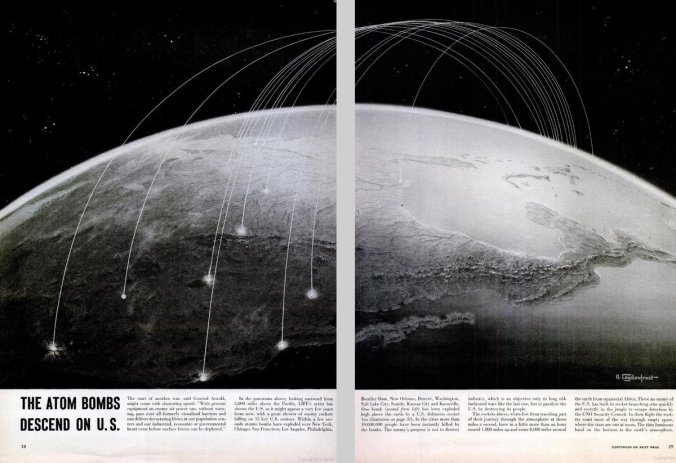 Tim Collins, “The Chance of ‘Catastrophic’ Climate Change Completely Wiping Out Humanity by 2100 Is Now 1-in-20.”

Elizabeth Kolbert, “Going Negative: Can Carbon-Dioxide Removal Save the World?”

Steve George, “A Third of Bangladesh under Water as Flood Devastation Widens.”

Naomi Klein, “Get Ready for the First Shocks of Trump’s Disaster Capitalism” and “Season of Smoke.”

Jeremy Adelman, “Why the Idea That the World Is in Terminal Decline Is So Dangerous.”

Brian Merchant, “Climate Change Denial Should Be a Crime.”

The Editorial Board of The New York Times, “A Historic Tax Heist.”

Ta-Nehisi Coates, “The First White President” and “We Should Have Seen Trump Coming.”

Stephen Metcalf, “Neoliberalism: The Idea that Swallowed the World.”

Jonathan Franzen, “Is It Too Late to Save the World?”

David Zirin, “For the NFL, It Was ‘Choose-Your-Side Sunday’.”

Joshua M. Patton, “The Most Deplorable Man in America.”

Gabriel Winant, “Not Every Kid-Bond Matures.”

James Bridle, “Something Is Wrong on the Internet.”

Rebecca Lossin, “Against the Universal Library.”

Visit a New Digital Archive of 2.2 Million Images from the First Hundred Years of Photography.

And Scott Huler, review of The Chicago Manual of Style, 17th ed.

Remembering Arif Dirlk: at boundary 2, “The Rise of China and the End of the World As We Know It,” and “Crisis and Criticism: The Predicament of Global Modernity.”

David Golumbia, “The Militarization of Language: Cryptographic Politics and the War of All against All.”

Bruce Robbins, introduction to The Beneficiary and “The Other Foucault.”

Robert T. Tally, Jr., “Fredric Jameson and the Controversy over ‘Third-World Literature in the Era of Multinational Capitalism.'”

Anthony Galluzzo, “Utopia as Method, Social Science Fiction, and the Flight From Reality,” review of Four Futures: Life after Capitalism, by Peter Frase.

Tom Eyers, “The Matter of Poetry,” review of The Limits of Fabrication: Materials Science, Materialist Poetics, by Nathan Brown.

Nicola Masicandaro, “Everything Is Your Fault.”

Anastasia Ulanowicz and Manisha Basu, eds., The Aesthetics and Politics of Global Hunger.

John Ashbery, “Ignorance of the Law Is No Excuse.”

Matthew Zapruder, “John Ashbery, a Poet of the Ineffable who Mastered Many Modes.”

And Ben Lerner, “John Ashbery’s Whisper Out of Time.”

Claire Dederer, “What Do We Do with the Art of Monstrous Men?”

McKenzie Wark, “On the Obsolescence of the Bourgeois Novel in the Anthropocene” and “My Collectible Ass.”

Sarah Brouillette, “Tragedy Mistaken for Management Theory: On Kazuo Ishiguro and the Nobel Prize in Literature.”

Ann VanderMeer and Jeff VanderMeer, “The Rise of Science Fiction from Pulp Mags to Cyberpunk.”

Aaron Bady and Sarah Mesle, “Game of Thrones, ‘Beyond the Wall'” and “‘The Dragon and the Wolf.'”

Mary Pappalardo, “Pictures at an Exhibition.”

Morgan Teicher, “Deep Dives Into How Poetry Works (and Why You Should Care),” review of A Little Book on Form: An Exploration into the Formal Imagination of Poetry, by Robert Haas, and American Originality: Essays on Poetry, by Louise Glück.

Evan Kindley, “How Poets Learned to Stop Worrying and Love the Academy.”

Matthew Zapruder, “What Poetry Can Teach Us about Power.”

Francesca Pellas, “‘What I’m Trying to Leave Behind’: An Interview with Jhumpa Lahiri.”

Matthew Friedman, “Days of Future Past in Blade Runner 2049.”

Harris Feinsod, The Poetry of the Americas: From Good Neighbors to Countercultures.

Schuyler Chapman, “How Professional Wrestling Flung Itself Into the Arena of the Opinionated Class.”

Mike Good, review of I Know Your Kind, by William Brewer.

Nick Greer, “IIIII. Rite of the Many Shells.”

Wendy Brown, “The Grad Tax Is an Assault on the Public Good.”

Marilynne Robinson, “What Are We Doing Here?”

Andrew Piper and Chad Wellmon, “How the Academic Elite Reproduces Itself.”

Electric Lit, “The Entire President’s Committee on the Arts and Humanities Just Resigned.”

K. A. Amienne, “Abusers and Enablers in Faculty Culture.”

Jon Marcus, “The Looming Decline of the Public Research University.”

André Spicer, “Universities Are Broke: So Let’s Cut the Pointless Admin and Get Back to Teaching.”