Robin McKie, “Miami, the Great World City, Is Drowning While the Powers That Be Look Away.” 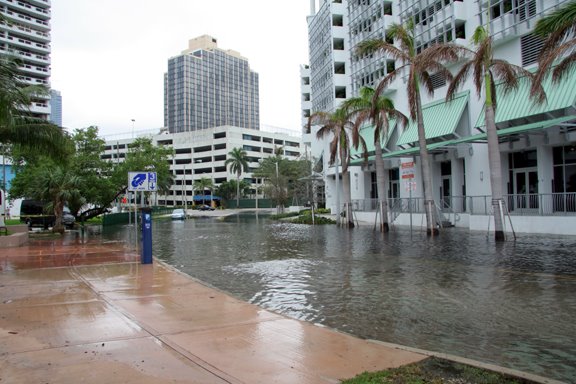 More on Miami: Jeff Goodell, “Goodbye, Miami.” (And there’s definitely a joke to be made about LeBron leaving Miami here. . . .)

And when it rains, it also might pour lava from the sky: Scott Kaufman, “Parts of Yellowstone National Park Close After Massive Supervolcano Beneath It Melts Roads.”

This is getting a lot of attention. Slavoj Žižek has plagiarized a white supremacist. In “A Plea For a Return to Différance (with a Minor Pro Domo Sua),” which appeared in Critical Inquiry 32, no. 2 (Winter 2006), and then again appeared on the Lacanian Ink website, and was collected in 2006’s The Parallax View (pp. 301-303; this book, to me, is still Žižek’s best book), Žižek plagiarized, nearly verbatim, from a review essay by Stanley Horbeck originally published in American Renaissance (a white supremacist publication) in 1999. An anonymous blogger found the mistake and documented it at length. This story has been reported in a variety of ways. One writer emphasizes Žižek’s apology email, where he basically says that he only stole words, not ideas. Rebecca Schuman has weighed in at length. And NPR has a thorough article. Basically, according to the Slovenian philosopher, he got a summary/resume from a friend for what sounds like a fairly reprehensible book by Kevin B. MacDonald, The Culture of Critique: An Evolutionary Analysis of Jewish Involvement in Twentieth-Century Intellectual and Political Movements (1998). Rather than read the book (an inaction I perhaps understand), he just lifted the summary his friend gave him verbatim. This summary was supposedly written to be used by Žižek in just this way, but sadly, the friend just lifted the summary from Horbeck’s article, an article that obviously has a very different take on MacDonald than Žižek (which I think is why he emphasized that he didn’t steal the ideas . . . a quip that has been taken out of context). Obviously Žižek is at fault for: not reading the book he slams so hard, for getting someone else to read the book for him and trusting their words, and using someone else’s words (both his friend’s and Horbeck’s). His friend is also at fault. As is Critical Inquiry (and Lacanian Ink and the MIT Press) for not doing their editorial due dilligence. (And heck. let’s just throw in Horbeck and MacDonald too, as this whole thing wouldn’t have happened if people like that didn’t exist.)

But to be frank, this doesn’t really upset me all that much. Here’s the last line of the plagiarized section that wound up in The Parallax View: “The only thing to bear in mind is that this new barbarism is a strictly postmodern phenomenon, the obverse of the highly reflexive self-ironical attitude–no wonder that, reading authors like MacDonald, one often cannot decide if one is reading satire or a ‘serious’ line of argument.” The recursive postmodern irony here is thick, as is it difficult to tell whether to take even this whole thing satirically or seriously. (It should also be noted that in the note citing MacDonald’s book in The Parallax View, there is an addendum that says “All non-attributed quotes that follow are from this book,” which seems to clearly indicate Žižek did not read or have access to MacDonald’s actual book, and was quoting him from somewhere else. Perhaps if one is looking for more plagiarism, one would do well to start with such notes.) Anyway, this may just be that I’ve read too much Žižek, think he is a great cultural critic, is on the whole quite a bit more enjoyable than a lot of writers of his ilk, he makes movies (!), and has one of the finest senses of philosophical irony I have encountered, but this doesn’t really bother or upset me. It was a mistake, he has acknowledged and explained it, regrets it, et cetera.

These photos are just too much.

Chris Pleasance, “Ancient Language Not Heard for 4,000 Years Is Recorded for the First Time as Linguists Work Out How English Came About Using Ancient Texts.”

Not on higher ed, but still worth attention. Rachel Aviv on institutional cheating, “Wrong Answer.”

Syndi Dunn, “A Brief History of the Humanities Postdoc.”

“Borrowing Against the Future.”

Here’s more links on LeBron. And I swear, that will be all.

Nate Silver, “What Cleveland Would Look Like with LeBron James and Kevin Love.”

And Kevin B. Blackstone, “LeBron James Is a Politician Now, and We Need More Activist Athletes Like Him.” Indeed!