Thomas Powers, “Was It Right?”

Jonah Walters, “A Guide to the Hiroshima and Nagasaki Attacks.”

Colin Wilson, “The Slaughter of Hiroshima.”

The New York Times, “Anniversary of Hiroshima and Nagasaki Revives Debate Over the Atomic Bomb.”

Christian Appy, “The Indefensible Hiroshima Revisionism that Haunts America to This Day.”

Paul Ham, “The Bureaucrats Who Singled Out Hiroshima for Destruction.”

END_OF_DOCUMENT_TOKEN_TO_BE_REPLACED

Another semester is coming to a close, and I finally have a chance to sit down and sort through the backlog of links that have been piling up over the past few months. So, with no further ado, links.

Thomas Erdbrink, “Iran’s Leaders Fall Into Line Behind Nuclear Accord.”

“South Africa Rebuffs US Attempts to Take Over Its Nuclear Material.”

Jon Greenberg, “The Odd Reality of Iran’s Centrifuges: Enough for a Bomb, Not Power.”

END_OF_DOCUMENT_TOKEN_TO_BE_REPLACED

In the past two days it has been reported that the US is undertaking an “atomic revitalization,” and will spend a significant amount of money modernizing its nuclear arsenal. William J. Broad and David E. Sanger report on the new direction in US Nuclear policy for The New York Times in “U.S. Ramping Up Major Renewal in Nuclear Arms.” They write that there is a “nationwide wave of atomic revitalization that includes plans for a new generation of weapon carriers. A recent federal study put the collective price tag, over the next three decades, at up to a trillion dollars. This expansion comes under a president who campaigned for ‘a nuclear-free world’ and made disarmament a main goal of American defense policy. The original idea was that modest rebuilding of the nation’s crumbling nuclear complex would speed arms refurbishment, raising confidence in the arsenal’s reliability and paving the way for new treaties that would significantly cut the number of warheads. Instead, because of political deals and geopolitical crises, the Obama administration is engaging in extensive atomic rebuilding while getting only modest arms reductions in return.”

And the editorial board of the Times, in “Backsliding on Nuclear Promises,” also weighs in : “the Congressional Budget Office now estimates that Mr. Obama’s plans will cost $355 billion over the next decade; other studies put the price at $1 trillion over three decades. The wish list includes 12 new missile submarines, up to 100 new bombers, 400 land-based missiles, plus upgrades to eight major plants and laboratories. . . . Not only is this spending unwise and beyond what the nation can afford, multiple studies by the Government Accountability Office have described the modernization push as badly managed. In a statement released on Monday, nuclear weapons experts from the Arms Control Association, the Federation of American Scientists and others called the modernization plan excessive and said the country can reduce the number of missiles and bombers it buys and still maintain a safe and reliable nuclear arsenal. . . . Investing in nuclear security protects Americans more than unwise investment in new nuclear weapons.”

The first evidence for cosmic inflation–i.e., the Big Bang–was discovered this week.

Megan Garber at The Atlantic, “What It’s Like to be Right About the Big Bang?”

The search for Flight MH370 is revealing one thing: the ocean is filled with garbage.

And as part of his forthcoming 3 million page novel, Breeze Avenue (2015), Richard Grossman has buried a crystal ball deep inside of Princeton Mountain in Colorado. The ball, “made of synthetic sapphire, which is almost as indestructible as diamond,” has the Ten Commandments inscribed on it in Hebrew, and in “20 million years, as a result of natural forces carefully calculated by the geologists, the Torah Ball will emerge from its eroded resting place and bear the Ten Commandments down the mountain.” Hyperarchivalists of the deep future rejoice! 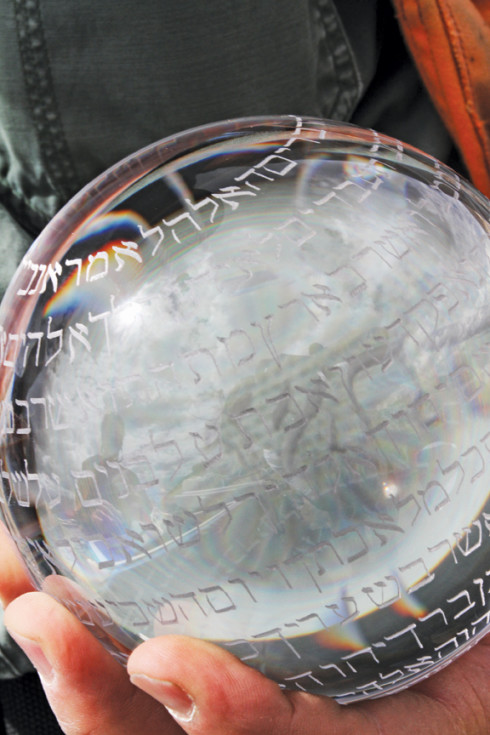 END_OF_DOCUMENT_TOKEN_TO_BE_REPLACED

With the incursion of Russia into the Ukraine, a lot of stuff is going on.

Peter Baker in The New York Times, “Pressure Rising as Obama Works to Rein in Russia.”

Peter Beinart for The Atlantic: “The Ukraine: Is This How the War on Terror Ends?”

David Rhode for The Atlantic: “Crimea: The Greatest Challenge to Geopolitics Since the Cold War.”

“Kerry Condemns Russia’s ‘Incredible Act of Aggression’ in the Ukraine.”

And a critique of The New York Times‘ coverage of Kerry.

“Aim Points in the US Nuclear Arsenal.”

Hans M. Kristensen, Director of the Nuclear Information Project, has authored an article for the Federation of American Scientists, “Obama and the Nuclear War Plan.”

And Ian Bogost on Flappy Bird.

As I have been lax in posting things, yesterday I posted a bunch of links on recent stories regarding the NSA. Today I’m posting links of more general interest. I’ve tried to organize them by category.

The biggest story I have not had time to address were the diplomatic talks regarding Iran’s nuclear program. So here are some links to that.

On 5 November 2013 Reuters reported that Iran, Israel, and Middle East countries “took part in a meeting two weeks ago about prospects for an international conference on banning nuclear weapons in the Middle East.”

“Iran, from Enemy to Ally.”

Right on the verge of a nuclear agreement, perhaps the biggest event in nuclear nonproliferation in my lifetime, Bob Mendez fights Obama on imposing new sanctions on Iran, as do fifteen other democrats. More here.

Though from today: progress in nuclear talks.

END_OF_DOCUMENT_TOKEN_TO_BE_REPLACED

I haven’t had much time to post much here recently, but I would be remiss in my duties if I did not at least post a short something about the recent (failed) nuclear talks in Geneva. Thomas Erdbrink has an article in The New York Times on the failure of the most recent round of talks, “Iran and Western Powers Clash Over Why Nuclear Talks Failed.”