Metafilter has a bunch of interesting links to the Bronze Age Apocalypse. Something took place between 1200 and 1150 BC, or a number of things took place–including natural disaster and barbarian invaders–that basically wiped out ancient civilization:

Every city in a Desolate Crescent from the Aegean to the Sinai was razed to the ground: a bloody, sudden inverse of millenia of building. People lost cities, cultures, names. Gods were forgotten. Traditions died. Empires ended: splintering first into regions, then cities, then smaller. The mightiest and best organized, like Egypt, managed to bend every nerve, staving off collapse for a generation before shattering. Finally, there was a gap: the long total blank that frustrates the hell out of anyone trying to look back. What is known is that everything stopped, with the catastrophe’s survivors left only with legends of a better time and a centuries-long struggle for bare subsistence. This was the Bronze Age Collapse. . . . To imagine the scale, picture this: almost every city in Western Europe and North America destroyed. Not reduced, not scaled down. People-don’t-live-here-anymore-just-ruins destroyed. 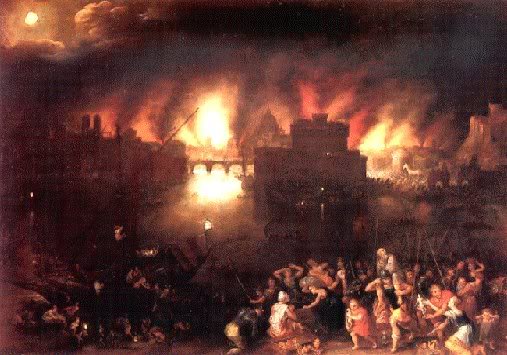